Amy Azzaro is an Italian woman who served as a Field Service Technician on PATHOS-II, stationed at Upsilon.

In April 2103, after the evacuation of Upsilon towards Theta, Amy and Carl Semken remained behind to ensure the power generators were maintained. They discovered that the Universal Helpers were beginning to act very strangely.

Cartoons drawn by Amy can be found all over Upsilon. Among them, a picture Amy drew of herself and Carl saying "Carl and Amy: Pathos buddies" can be found.

After being ordered to evacuate and return to Theta on May 4, 2103, Carl was attacked and killed by a Universal Helper robot that also pursued Amy. She managed to evade and electrocute it with a power cable. Later, while attempting to restore power to a shuttle, she had an accident and, mortally wounded, became fused with the WAU before she could die, causing her to remain alive artificially.

Simon Jarrett will discover that Amy escaped from Upsilon by listening to the data buffer outside of Upsilon on the way to Lambda. Amy informs Peter Strasky that Carl has been killed, and Strasky urges her to come to Theta. Another data buffer can be listened to inside of the shuttle station where Amy is trying to power the shuttle.

Simon finds Amy in the power room of the shuttle station. She appears to have been fused with the WAU after an "accident," where an artificial "lung" made of structure gel appears to keep her breathing. Amy pleads Simon not to hurt her, believing he is a rogue robot. By talking to Amy further, she will inform Simon that the WAU will not allow her (or anything else) to die. She then says that she "wants to go home." Simon can choose to keep Amy alive by only unplugging one of the sockets -- which gives the shuttle an unstable amount of power.

No matter what Simon's decision is, the shuttle will still crash. If Simon unplugs only one socket, it will give the error message "power unstable" as opposed to the track blockage message should Simon choose to unplug both sockets.

Amy fused with the WAU.

A close-up of Amy fused with the WAU. 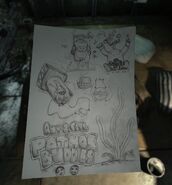 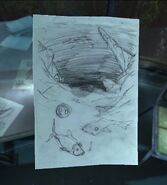 A sketch by Amy 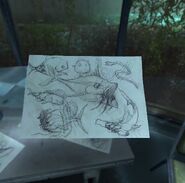 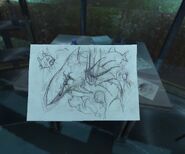 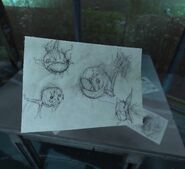 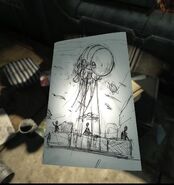 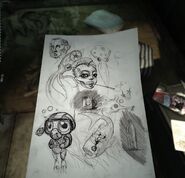 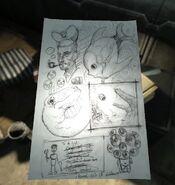 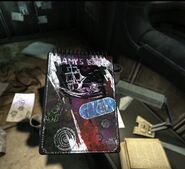 Amy’s Sketchbook
Add a photo to this gallery

Amy Steam trading card artwork.
Add a photo to this gallery
Retrieved from "https://soma.fandom.com/wiki/Amy_Azzaro?oldid=17724"
Community content is available under CC-BY-SA unless otherwise noted.