The Case Files are a collection of anomalous events and discoveries within PATHOS-II that are documented and archived. Each dubbed as an Item, these range from objects or entities to strange occurrences which have not been explained. They are catalogued in the form of text documentations and accompanied on occasion with video logs.

The first two of the Case Files, Item #2656 – "Vivarium" and Item #4017 – "Mockingbird", were released on October 1, 2013 and October 7, 2013, respectively, on the now defunct website somasystems.org. This website could be found via a link in the description of the videos released alongside the Case Files on the Frictional Games official YouTube channel, and explained the background behind the videos. This functioned as part of the teaser for the announcement of SOMA, with the Teaser itself officially announcing the game when it was posted on October 11, 2013 on the aforementioned YouTube channel.

After the Teaser was released, somaystems.org would redirect to the official website launched for the game (somagame.com), where Item #2656 – "Vivarium" and Item #4017 – "Mockingbird" were now hosted in the Case Files section of the website. After the redirect had served its purpose, somasystems.org was made defunct.

More Case Files were unlocked during the course of the ARG (Alternate Reality Game) of SOMA, and were shortly after added to the Case Files section on the website. Four short stories were also added as an addendum after the release of the game, and focus on various characters mentioned throughout SOMA.

Item #1264, dubbed the "Surveyor", is a case in which an unknown operator had begun taking control of several security cameras inside Lambda for a brief period of time. 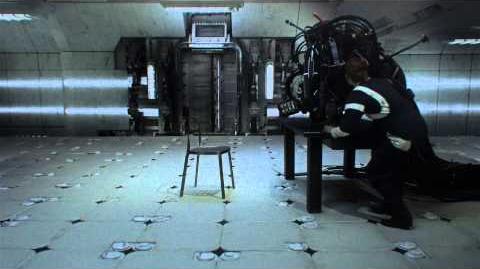 Item #2656, dubbed the "Vivarium", is an item which served as the prototype for the ARK.

In the video log, Imogen Reed attempts to get the Vivarium to function with little success. Near the end of the log it seemingly shuts itself down before displaying an exact replica of both the room it is in and Imogen herself. The simulated Imogen appears to be panicking while the real Imogen freaks out and runs off-screen to shut down the Vivarium. The video then corrupts afterwards. 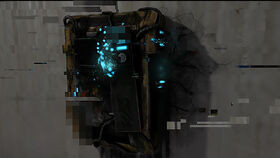 Item #3098, dubbed the "Amalgam", details a control board in Upsilon that has become severely corrupted due to structure gel leaking from the ceiling above it. 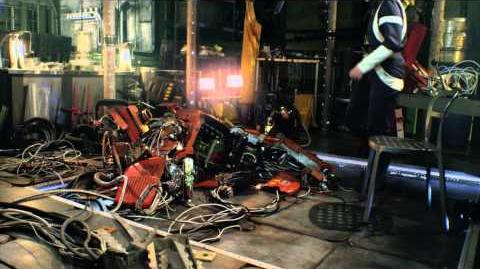 Item #4017, dubbed the "Mockingbird", is a Mockingbird model which has obtained a brain scan of Adam Golaski's mind.

The video log is divided into two sections: the first part has Imogen Reed interviewing Mockingbird while the second part involves the real Adam Golaski confronting it.

In the interview, Mockingbird is convinced that it is a fully functioning human despite being a robot in disrepair on the floor. Imogen attempts to get the Mockingbird to become aware of its condition, such as making it aware of the fact that it is not standing when it says it is. When challenged with this the model becomes highly aggressive, leading to Imogen ending the interview.

In the confrontation, Imogen instructs the real Adam Golaski to begin talking to Mockingbird. Upon seeing Adam it is amazed by how similar they look. When the two realize they are the same person, they begin telling each other questions to see how much they know of each other until Adam asks Mockingbird what his father's last words were, which at the time no one else even knew he was dead. Mockingbird answers the question successfully, shocking Adam. Imogen attempts to get Adam to continue the interview but he bolts out of the room, effectively ending the confrontation.

Item #4510, dubbed the "A Beast Like Any Other", is a story which describes the evacuation attempt of Gavin Finley and Louise Meuron from Upsilon to Theta.

Item #4520, dubbed "The Coin Flip", is a story that portrays the brain scanning process of Peter Strasky, Baxter Rogers and Robin Bass by Dr. Catherine Chun.

Many years after Simon's death, when Munshi is in his seventies, he is interviewed by a journalist named Andrew Mackrell. In it Munshi decides that Mackrell's lack of knowledge about his work can be used for him to "set it straight" and denounce the idea that his only motive for his work was simply to bring Simon back to life.

Mackrell then brings up the topic of Dr. Berg's death, with Munshi angrily saying he does not wish to speak about it. Mackrell asks him if he would bring Dr. Berg back to life if he could, seeing as how they were life-long friends. Munshi responds by stating that although Dr. Berg and Simon's minds could be brought back, it would not be them as they would no longer technically be human. He also states that their new states would make them go mad and become unstable.

Mackrell brings up a hypothetical scenario in which Berg and Simon could be brought back in a stable state, asking if Munshi would still accept them as them. Munshi repeats the question to Mackrell regarding his wife. He responds by stating he would and that a technicality such as not being fully human would not stop him from loving her regardless. The interview concludes afterwards.

Item #4540, dubbed "How to Climb A Mountain", details the life of Antjie Coetzee as the operator for the Omega Space Gun at Tau.

Item #5104, dubbed as "Pseudomemory", is a piece of data found in Omicron's which the WAU is mis-interpreting as its own memory, therefore it keeps replaying the "memory" over and over again to try and remember more details about it. The data itself is a short clip of someone walking on the shore of a beach. 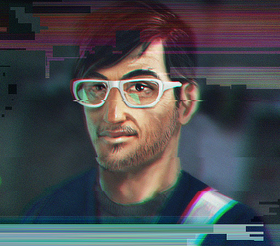 Item #7889, dubbed the "Death of Sarang", was an incident in which Mark Sarang committed suicide shortly after having his brain scanned onto the ARK.

Item #8682, dubbed the "Warning", describes a transmission received from Upsilon showing Imogen trying to communicate. The message was received a few weeks after she was pronounced dead.