“Delta manufactures and assembles carrier shells for satellites and probes, specifically to be used in the Omega Space Gun. Together with Theta, they are able to tailor any satellite or payload to our customer's needs.”

Site Delta is one of eight abandoned complexes featured in SOMA.

On August 14th, 2103, Delta's crew was reassigned to Theta, except for its Chief Factor, Terry Akers, who remained isolated in the facility by his own decision. At some point, he began ingesting large amounts of structure gel and underwent a brief period of reconstruction while plummeting into insanity. During a strong psychotic episode, Akers listened to a voice that said he didn't need his eyes to see and, due to the gel rendering him light-sensitive, he removed his own eyes.

On January 15th, 2104, a delusional and mutated Terry Akers called Theta claiming that he wanted to relocate as his crew did months previously. Theta Dispatcher Peter Strasky met this request with a welcomed surprise, and informed Akers of a crew of divers that were in the area. Strasky directed them to the Delta site, where they were ambushed by a mentally disturbed Terry Akers. He somehow managed to inject them with what is believed to be structure gel and escaped on the Zeppelin that they used to shuttle themselves at the site. Later, the team, among which were Maggie Komorebi and Shawn Evans, died of their injuries.

Following the escape vessel crash, Simon Jarrett awakens inside the overturned vehicle, dazed. Unable to open the main hatch, a UH8, or K8, robot (it will appear even if the one near Upsilon B was not freed) arrives and opens it.

Exploring Delta, Simon discovers more details about the situation at PATHOS-II, with the K8 unit assisting him with opening sealed hatch doors. He then heads for the Communications Antenna to attempt to establish a link to the Zeppelin channels, eventually finding an available Zeppelin to take him to Theta.

After attempting to start the Zeppelin with the Omnitool, Catherine Chun informs Simon that a new tool chip is needed to be able to progress. Equipped with a Stun Baton, Simon locates and shocks either the nearby UH3 containing a scan of Javid Goya, or the K8 unit, disabling it and exposing its tool chip. He takes the chip and heads back to the Zeppelin, where he is able to replace the old chip and start the transport. Catherine then pilots them both to Theta. 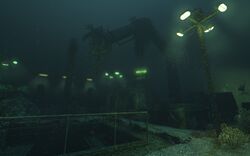 A view of a section of Delta's satellite casing construction facility. 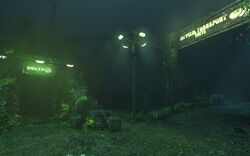 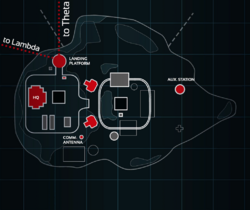 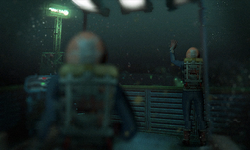 A photo taken by Maggie Komorebi of the diving crew's arrival at Delta. 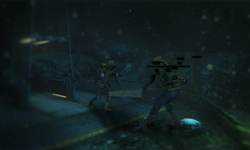 Ditto, hauling a crate off of the Zeppelin. 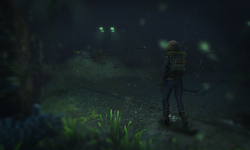 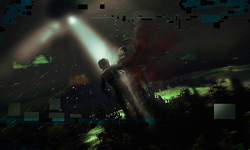 Ditto, the crew being attacked by Akers. 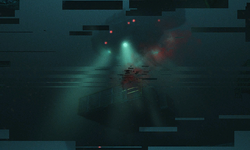 Ditto, Akers escaping on the Zeppelin.
Community content is available under CC-BY-SA unless otherwise noted.
Advertisement