“Omicron is PATHOS-II's center for medical research and hydroculture. Omicron is constructed on the edge of the abyss and is, with the Climber, able to study over four kilometers of depth.”
― Site Omicron; Slideshow Narrator[src]

Site Omicron is the biological research station of PATHOS-II and the home of the Abyss Climber Rig (ACR).

Omicron specializes in medical research facilities, advanced mariculture, and has access to the Abyss Climber Rig, also known as the ACR.

Omicron is where experiments and studies involving structure gel were conducted. Experimentation and observation were carried out by Omicron staff, on both electronics and animals affected by structure gel, such as mice and an assortment of marine life.

Within the main confines of the site, several containment chambers can be found, one of which was used to house the comatose body of Dr. Johan Ross.

On September 13, 2103, Vic Auclair ordered an evacuation of the staff from Tau to Omicron. Julia Dahl descends into the Omega Sector to assist in the evacuation, but leaves when she hears the evacuees being attacked by marine wildlife. Dahl reports the evacuation as a complete failure, hoping that it will discourage another attempt. Claudia Eames orders the Climber to stay at the plateau.

Sometime later, Johan Ross, who was presumably stationed at Omicron at the time, made it back to Tau to continue his work at Alpha.

On December 25, 2103, a party formed by Catherine Chun, Sarah Lindwall, Nicolai Ivashkin, Ian Pedersen, and Jasper Hill arrive in Omicron with the ARK. Catherine scans Omicron's personnel before taking the Climber down to the Omega Sector.

On December 27, 2103, Johan Ross was found dead in the climber by Omicron staff. Ross was taken back to Omicron and later found to be brain-dead. Ross was kept in a glass containment room. The staff observed anomalous phenomena around him, such as system failure and interference in blackboxes. Unbeknownst to the staff, this was due to the WAU's manipulation of electromagnetic fields in order to instruct the structure gel within Ross' body to repair his corpse. During this time, Dr. Ross somehow tried to contact Omicron employee Raleigh Herber to fulfill his plan to destroy the WAU in Alpha.

On January 16th, 2104, Herber created an uncalibrated variant of structure gel capable of destroying the WAU. However, this led to the WAU killing all Omicron staff by overloading their blackboxes to the point that their heads exploded.

Following the aftermath of Theta's infestation by proxies, a group heads to Omicron seeking refuge. By the time they've reached the site however, Omicron's crew were already dead due to the WAU's actions. As such, the group found it impossible to enter the facility. Vanessa Hart collapsed the tunnel connecting Theta to Omicron in an attempt to prevent the proxies from reaching the fleeing humans, dying in the process. Vigdis "Jonsy" Jonsdottir succumbed to her wounds near the entrance of Omicron. Near Omicron Substation 3, Peter Strasky removed his helmet, preferring to drown rather than facing the slow death of suffocation as his oxygen tank ran out. Emma Alvaro's remains were found near the edge of the plateau, overlooking the abyss.

Having been forcefully flushed out of Theta, Simon Jarrett trudges through the ocean floor towards Omicron, passing many dead bodies along the way. Attempting to open the main doors, he finds that the entire station is under lockdown. He deactivates the lockdown sequence within Omicron Substation 3, allowing for the doors to open, but finds that he cannot unlock the innermost set of doors, and is directed to use the alternate entrance. Crossing rusting debris overhanging the abyss, he finds the second entrance behind the station and uses it to gain entry.

Inside, he finds several more bodies, all missing their heads. Venturing further, he finds that some rooms are still under lockdown, but manages to find the Dive Room where the power suits are held. He locates one remaining suit with the deceased body of Raleigh Herber still stuck inside, but is unable to activate the suit from the terminal; Catherine informs Simon that he is, in fact, extremely lucky to find a body to harbor his consciousness in the suit, and that all he needs to fully operate the suit is some structure gel, an Energy Pal S.3 and a Cortex Chip.

Navigating the three floors of the station, Simon begins to search for the items. Occasionally, Johan Ross appears to Simon in the containment chamber and gives Simon cryptic messages and warnings. Simon finds a vat of structure gel in one of the rooms, an extra cortex chip from a damaged robot, and an extra power pack in Power Room in the upper floors, where he encounters the Robot Head.

After having inserted the cortex chip and battery pack into the suit and sealing it together with the gel, Simon returns to the terminal and activates the suit for use. He is then directed by Catherine to the nearby pilot seat to engage in a brain scan that will copy his consciousness into the power suit. After conducting the scan, Simon finds himself having successfully been copied over to the suit. He hears his voice calling out from the pilot seat, revealing that his consciousness was only copied and not transferred to the suit and that two scans of him now exist. Disgusted that Catherine would seemingly allow the first Simon to wake up in the same body and stuck in the same precarious situation he tried to leave, Simon lashes out at her, to which she apologetically replies that she only did what was possible and that she did not want to upset him.

After regaining his composure, Simon is then given the choice of either terminating the first Simon, saving him the betrayal of waking up stuck in Omicron, or to leave the first Simon alive. After deciding, Simon heads for the Climber and begins his descent into the Omega Sector. 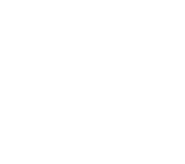 "Flashy" Omicron logo concept, which used the the Greek spelling of Omicron. 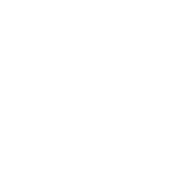 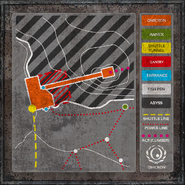 A map of the immediate area around Omicron. 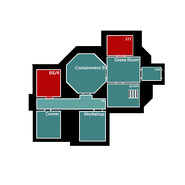 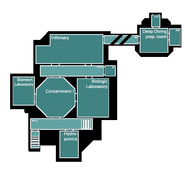 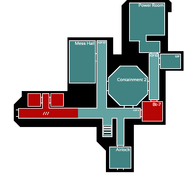 A laboratory room in Omicron.

The containment room in Omicron.
Community content is available under CC-BY-SA unless otherwise noted.
Advertisement