“Phi is the operating site of the Omega Space Gun.”

Site Phi is the last of eight abandoned complexes in PATHOS-II. It is here where the Omega Space Gun is located. It also didn't operate with on-site staff, being that its operators were headquartered in Tau .

By the events of the game Phi is in the best condition of all the sites. It has little to no WAU infection, and most spaces are clean and have functional lighting.

On December 27, 2103, a party formed by Catherine Chun, Sarah Lindwall, Nicolai Ivashkin, Ian Pedersen and Jasper Hill arrived at Site Phi in order to complete the final stages of the ARK project. An argument over the ARK's fate resulted in the killing of Catherine Chun by her colleague, Ian Pedersen, who claimed it was an accident. The group opted to postpone the ARK's launching, and returned to Tau to figure out their next plan of action.

Following his ordeal at the WAU 's core in Alpha, Simon Jarrett seals himself within Phi, finding it to be completely empty but in good condition. Plugging the Omnitool into another terminal, he informs Catherine of recent events (including his discovery of the intact ARK and subsequent cargo transfer to the station) after she voices concern over the loss of his arm. Catherine reveals that it's currently May 11, 2104, 3:30 AM, although she doesn't remember when they started.

Searching through the lower level of the station, he finds the ARK intact and still hooked to the cargo arm. He carries it to the assembly space and loads it into the Space Gun's missile shell. In the room, he also finds Catherine's corpse. Her accidental death was the result of an argument with her colleagues about the ARK launch. Simon informs her of the details, much to her shock and disbelief.

Having loaded the ARK into the shell, Simon heads back up and into the Launch Dome to launch the vessel into space. After loading the shell into the Space Gun, Catherine prompts him to start the launch. Both Simon's and Catherine's consciousnesses are copied onto the ARK, with Simon's narrowly finishing its transfer before the countdown reaches zero. After a flash, Simon regains his senses, only to find that he is still seated in the dome's pilot seat.

He calls for Catherine, who is also still inside the Omnitool. After Simon asks why they are still at Phi, Catherine frustratedly re-explains that his consciousness is only copied, not moved to the ARK, and that a situation similar to that at Omicron has taken place, in which two copies of himself now exist.

Feeling betrayed and enraged, Simon lashes out at Catherine, accusing her of breaking her promise of a new life on the ARK. Both get into a heated argument until Catherine stresses herself to the point where her circuits fry, deactivating her consciousness in the Omnitool; this in turn overloads the Omnitool, damaging the internals and rendering it useless. Now alone and stuck at the bottom of the ocean in a now-defunct station, Simon helplessly calls out for Catherine, begging her not to leave him alone. 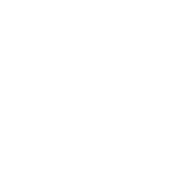 An early Phi logo concept.
Add a photo to this gallery

Phi's launch dome.
Add a photo to this gallery 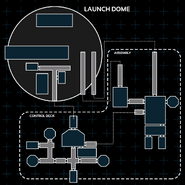 Space gun detail, as seen from the outside

Space gun detail, as seen by Simon on the maintenance platform
Add a photo to this gallery
Retrieved from "https://soma.fandom.com/wiki/Phi?oldid=14736"
Community content is available under CC-BY-SA unless otherwise noted.