“And then the girl, she figured it out. She was going to take care of it - but the WAU shrieked.”

Raleigh Herber is a communications operator who served as the Dispatcher on PATHOS-II at Omicron. In SOMA, she died when the WAU overloaded the CCRV-7 Blackbox of all the personnel at Omicron.

Whilst Johan Ross was contained in an isolation cell by Omicron staff, Ross attempted to contact Raleigh Herber through the WAU's Structure Gel. Ross used his influence over Herber to encourage her to develop a new type of structure gel that could destroy the WAU by assimilating the gel into its heart at Alpha.

During Herber's attempt to descend into the Abyss to complete Ross's instructions, the WAU used electromagnetic frequencies to overload the Blackboxes of all the staff at Omicron, causing their heads to explode. Herber was a victim of these attacks as well.

Simon Jarrett and Catherine Chun find her corpse inside a Haimatsu Power Suit on the middle floor of Omicron. Since they need one to safety traverse the Abyss, Catherine informs Simon that they need to transfer his brain from the Haimatsu Ductile Suit into the Power Suit.

The Haimatsu Power Suit however is not yet suitable for holding Simon's brain scan, meaning Simon must scavenge around the site for the parts needed to prepare the suit. After acquiring a Cortex Chip, an Energy Pal S.3, and some Structure Gel, Simon is able to prepare the suit, allowing Catherine to scan his brain into it.

Later, while Simon travels to Alpha, Ross reveals that the structure gel used to repair the Haimatsu Power Suit was the modified variant created by Herber, meaning that Simon is capable of carrying out Ross' initial plan to kill the WAU. Simon is then given the choice to fulfil Ross's plan by sacrificing his left forearm to the WAU, a rudimentary way of injecting the modified structure gel into its heart. 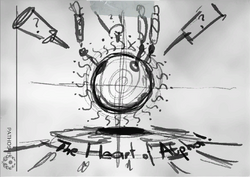 A drawing on a blank PATHOS-II document of the WAU, "The Heart of Alpha". 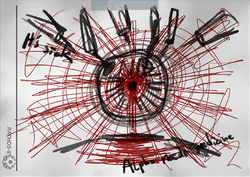 Ditto, this time exclaiming that the WAU is sick and "needs medicine". 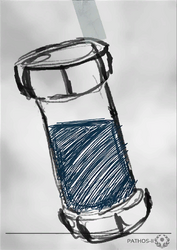 A drawing of a bottle of Structure Gel on a blank PATHOS-II document. 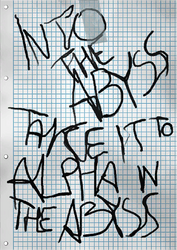 Herber rambling on a sheet of graph paper. 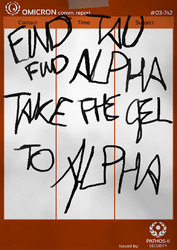 Herber continuing her ramblings on a comm. report.

Drawing on a post-it note of the WAU logo. 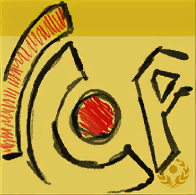 Drawing on a post-it of part of the Carthage Industries logo, with a red circle in the middle in reference to the WAU. 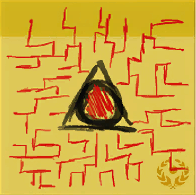 Drawing on a post-it representing the WAU's imprint over PATHOS-II from Alpha. 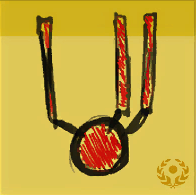 Drawing on a post-it of the WAU and the chandelier holding it.

Drawing on a post-it of the logo of Alpha. 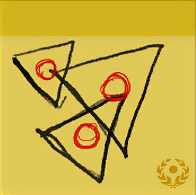 Ditto, this time of a trio of Alpha logos.

Herber's nightmarish appearance on one of the player death slides.

Herber's body inside the suit locker.

Dispatch station where Herber worked. Many musings about the WAU and site Alpha are seen.