Images are one of the most important parts of any article. They make the article much more appealing from a visual perspective and in turn give the wiki a more professional look, more specifically when the image's placement is good.

However, while they're the most important part they are also the easiest thing to screw up. This page is intended to help users understand what the elements of good photos are and how they can potentially improve upon pre-existing photos.

Let's get the most important guideline out of the way. Only upload and add photos which are actually good.

Ask yourself the following questions:

Our usual cut-off point for image quality is 640 by 480px, the equivalent to a 480p video on youtube.

Even if your image surpasses that resolution the actual quality of what's being represented needs to be good. Make sure that there's no other obstructions in your image such as it having bad lighting or the angle of the thing your trying to capture being awkward. Uncontrollable aspects, such as an image being taken during a moment where the screen is blurred intentionally, do not excuse poor photography.

A few don'ts are listed below:

This image is highly fuzzy and is badly cropped.

This image shows a badly contrasted photo which is also at an awkward angle.

This image is taken from the Abyss, which constantly obstructs the player's vision with dust. Even so this does not excuse the image's poor quality.
Add a photo to this gallery

Place images neatly inside articles. Images should be placed in appropriate places which do not intrude on the article's formatting.

Avoid cluttering body paragraphs with photos. A section doesn't need 5+ photos as it will screw up the section's formatting, especially if it is short. You should also never place images in between paragraphs, that's just begging for formatting issues.

The only images that should appear outside of gallery sections is the first image on the page, which is usually in an infobox. Maybe in the future there will be some exceptions, but the only place images should go on an article is the beginning of the article and the gallery.

Galleries are those sections you see at the bottom of most pages which contain an exhibition of images.

If you want to add a gallery to a page simply add the following code to the article:

If a gallery has let's say, over 10 images then it might be a good idea to diving up the gallery into multiple sections.

A majority of articles will only need the four following gallery divisions: Concept art, Pre-release, Posters and In-game. An example of all of these can be seen here.

On some occasions exceptions may be given out, such as how the ARK's gallery is divided.

The names for the first image, or images in some rare occasions, on an article should be the full name of the article subject. This should apply to all pages.

When uploading images to the gallery, try to give them descriptive names. It is also recommended to treat image names as proper names, capitalizing them as such, in order to keep image names consistent.

Ripped images are photos which are taken or pulled straight from the game's files. This is usually done to get the highest possible quality photos, especially for things such as in-game documents or photos.

There does however need to be restrictions on how ripped images are used. Remember that just because it's pulled from the files doesn't mean it'll surpass in-game screenshots.

Some things that should absolutely be ripped are...

Bad. Also note the distracting elements such as the captioned dialogue at the bottom and the fact that the image is ripped from a walkthrough of the game.
Add a photo to this gallery 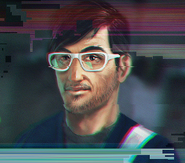 Bad.
Add a photo to this gallery

Some things we don't need however are...

Avoid adding redundant photos - we don't need to see 3+ photos of the same entity under different conditions nor do we need to see it from various angles. This rule is weakened slightly if the images in question depict the entity doing various functions, but it is still discouraged for the most part.

If you do end up having two similar photos for a justified reason, put each one beside the other and caption the second one with "Ditto" or "Ditto, except doing something else.".

Retrieved from "https://soma.fandom.com/wiki/SOMA_Wiki:Image_policy?oldid=14923"
Community content is available under CC-BY-SA unless otherwise noted.