Site Tau is one of eight abandoned complexes featured in SOMA. It is here where the ARK is located, having been transferred here en-route to Phi, where the Omega Space Gun is situated. Several examination rooms, as well as staff quarters, can also be found here.

On September 13, 2103, an evacuation of the Tau personnel to Omicron was ordered, but its staff failed to reach the Climber due to being surrounded by marine creatures working under the WAU's influence as a result of Structure Gel mutation. The station and its staff soon lost radio contact with Omicron. Many employees were killed during the failed evacuation attempt, save for Johan Ross, Steve Glasser, Neil Tsiolkovsky, Antjie Coetzee, and Vic Auclair, who all remained stranded at Tau.

At some point after Tau's failed evacuation, Antjie Coetzee apparently ran to the observation sub-station near Tau to check on rations, though as noted by Johan Ross, it was more like a failed suicide attempt. After that, as described in Item #4540, she climbed the Omega Space Gun's barrel in order to reach platform Omega.

On December 25, 2103, a party formed by Catherine Chun, Sarah Lindwall, Nicolai Ivashkin, Ian Pedersen, and Jasper Hill arrived in Site Tau, where they were joined by Neil Tsiolkovsky. They proceed to transport the ARK to Phi. Along the way, Tsiolkovsky ended up dying in a landslide. The next day, they returned from Phi without Catherine, having decided to postpone the launching of the ARK.

On December 27, 2103, Ross and Glasser decided to take the Climber that was originally scheduled to pick up the ARK team in order to warn Omicron about the critical situation at Alpha; Glasser dies en-route to the Climber after being viciously ripped apart by a mutated marine creature (assumed to be an Anglerfish).

After crossing the Abyss, Simon Jarrett finds Tau station abandoned and wrecked, with heavy traces of structure gel covering large areas of the site. Opening a large vault door, he encounters Jin Yoshida hiding behind the door. He manages to evade Yoshida, ultimately finding himself within the Tau staff's quarters.

In the infirmary, he finds the ARK under the guard of the last surviving human being, Sarah Lindwall, who is hooked to a life support machine. After conversing with her, she allows Simon to take the ARK to launch, with her final request being that he turn off her life support in order to avoid living in solitude; Simon has the choice of whether or not to fulfill her request.

Simon transports the ARK in a cargo hatch leading to a separate dive room, where he is able to hook it onto a cargo transport system leading to Phi. While trying to activate the airlock system, it fails to equalize the pressure levels. Simon breaks the gushing pipes, allowing the room to flood before opening to the cargo tunnel. Simon follows the ARK through the tunnel before hitting a blockage caused by a tunnel collapse. He retraces his steps, attempting to find an alternate route, when Ross suddenly materializes in front of him, directing him to a dug-out tunnel leading through to a small cave system. Traversing the caves, he eventually stumbles upon the overgrown site Alpha. 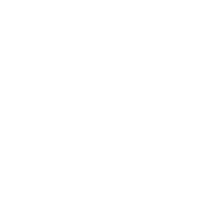 Concept art of the environment surrounding the entrance to Tau. 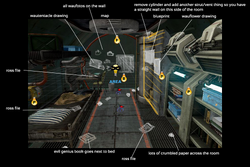 An early welcome sign for Tau, which includes a passage from Twenty Thousand Leagues Under the Sea by Jules Verne.
Retrieved from "https://soma.fandom.com/wiki/Tau?oldid=17933"
Community content is available under CC-BY-SA unless otherwise noted.