“Theta is considered the heart of PATHOS-II. It houses station administration, medical facilities, and the payload assembly crew; prepping and programming satellites before they are shipped off to Phi for launch.”

Site Theta is one of eight abandoned complexes in PATHOS-II.

Theta is where most of the staff's brain scans were conducted, as well as where their living quarters are located. Several laboratories are also found within the lower floors of the station, while Catherine Chun's lab is located close to the station's entrance.

On April 2103, Upsilon was evacuated and its staff transferred to Theta, except for Carl Semken and Amy Azzaro who stayed behind to automate power production.

On August 14, 2103, Delta's crew was reassigned to Theta, except for its chief, Terry Akers, who remained isolated in the facility by his own decision.

At some point after the Impact Event, Lambda's crew was relocated to Theta.

Between July 31st and December 18th of 2103, as described in Transmissions, a salvage crew consisting of Imogen Reed and Adam Golaski were sent to Lambda. They were later joined by Vanessa Hart, Dorian Cronstedt, Baxter Rogers, Martin Fisher, Jessica Davis and Richard Holland. On December 20, 2103 Vanessa Hart is the only survivor to return from Lambda.

On January 11, 2104, a huge Structure Gel leak caused the WAU to seize control over the station's DUNBAT. Quarantine procedures were enforced to avoid further development.

On January 15, 2104, Terry Akers called Theta claiming that he wanted to relocate as his crew had done months prior. Akers was later found outside Theta on the commandeered Zeppelin in a comatose state. He was brought into the site and placed in the medical ward. Upon examination and after conducting several scans, the on-site doctor Nadine Masters believed it was unlikely he would awaken due to the severe mutations and infections the gel had caused within his body. Some time later, the doctor was attacked in her office by Akers, now a Proxy, while she was writing a report. She was not killed, so it is assumed Akers injected her with the structure gel as well.

The details of the events that followed are unclear, but what is known is that Akers was joined by three other Proxies, either infected by Akers or created by the WAU to mimic him. Together, they stalked the decks of Theta, driving the remaining human occupants to the station's basement.

It is assumed that employees Aashish Shankar and Jane Adams had already been taken by the proxies. Initially, Brandon Wan stayed behind to ensure his group's escape from Theta by disconnecting the elevator's connector chip from the safety latch, sealing the lift and preventing the Proxies' advance; cornered by the creatures, he then resorted to committing suicide. Alice Koster was soon dominated by a Proxy creature in the shuttle station at the basement. Vanessa Hart, Vigdis Jonsdottir, Peter Strasky, Richard Thabo and Emma Alvaro managed to escape, making their way towards Omicron using the station's sewers.

After entering through the front entrance, Simon Jarrett finds that most of the station is powered down. After Catherine restores power, Simon ventures down into the server farms, where he has to avoid a Proxy, but he manages to reset the routers which provides access to vital data in the lab rooms' computers.

Venturing back up to Catherine's lab, he and Catherine search through various staff profiles to gain access to security ciphers needed to release the station's DUNBAT submersible from a quarantined state. They activate a simulation of Brandon Wan, and, using the identity of one of his close colleagues, Alice Koster, persuade him to release details on the cipher.

Having acquired the security cipher, Simon runs back down to the DUNBAT dock to activate the vessel. However, while attempting to release the locks, Simon discovers that the DUNBAT is a Mockingbird that proceeds to loosen itself and escape into the ocean. Simon and Catherine then decide to try and acquire a Haimatsu Power Suit from Omicron that would allow Simon to use the Abyss Climber Rig as an alternative to reach the Abyss.

Simon proceeds to climb through the ventilation into the station's main laboratory section. After Catherine collects data from an ARK prototype, Simon heads for the nearby elevator to begin the trek to Omicron, only to find that the elevator's connector chip slot is empty. Searching through the laboratory rooms, he eventually finds a working chip on Wan's body and updates it before heading back to the elevator, all the while he is being stalked by a transformed Terry Akers. Having fixed the elevator, Simon heads down to the maintenance floor; however, the elevator stops halfway down, prompting Simon to climb down the rest of the way.

Venturing through a corridor, Simon is suddenly attacked and incapacitated by Akers, who then proceeds to attach him to the wall with structure gel, connecting him to the WAU. Simon has a brief vision of Ashley Hall before he regains consciousness. He frees himself from his binds and cautiously navigates the dark hallways and vent shafts while avoiding proxies until he finds himself in a large flooded hall. Crossing the platforms to the other side, he reaches a small room with a lever. Simon pulls the lever, activating the emergency flushing system. Torrents of water are released, and he is forcefully flushed outside of the station.

Crews from Upsilon, Lambda and Delta later reallocated to Theta:

Concept art for the shipping containers outside of Theta, with an imprint on them for the United Nations. In the final game the cargo containers instead have the Carthage Industries logo, however the UN variant can be found in the game files.

Concept art of the outside of Theta. 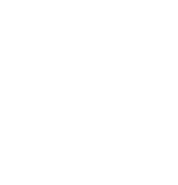 Pre-release screenshot of Omega Management taken from outside the window, with a comparison screenshot taken in the final game.
Add a photo to this gallery

A door seen in the community room, inaccessible due to structure gel debris forming around it.

The living quarters hall.
Add a photo to this gallery
Retrieved from "https://soma.fandom.com/wiki/Theta?oldid=15814"
Community content is available under CC-BY-SA unless otherwise noted.