Site Upsilon is the Thermal & Manufacturing Plant (Upsilon A) and Gas Harvesting & Refinery (Upsilon B) of PATHOS-II. It was the first site to be constructed.[1]

Upsilon acts as PATHOS-II's power plant, containing the world's largest geothermal power plant, natural gas refinery and a factory used for the development of the station's Universal Helper maintenance units. The power-plant was capable of producing at least 426 megawatts of electricity.

In April 2103, Upsilon was evacuated and its staff transferred to Theta, except for Carl Semken and his colleague, Amy Azzaro. Azzarro and Semken were assigned the task of automatizing the Upsilon in a way to maintain it's thermal plant and secure power production for the entire PATHOS-II complex, while also sealing blocks to prevent helper robots with brain scans implanted by the WAU from breaking anything.

On May 04, 2103, Semken was attacked and killed by a Universal Helper bot, while Azzarro managed to escape and even stop the robot from proceeding by electrifying it with a power cable. Later, while attempting to restore power to a shuttle train, Azzarro was involved in an accident and, before dying, was connected to the WAU and kept alive artificially.

In December 2103, as described in Transmission #8, Imogen Reed travels to Upsilon in order to shut down the entire station in an attempt to kill the WAU, but this plan fails due to WAU regaining power autonomously from Alpha.

In a computer log dated May 9, 2104, the following lines of code can be found: "UPSILON#61633 initiates scan of subject Simon Jarrett (Aut_DavidMunshi2015v1). Command or program ApPS is unavailable; 4416cWAUcf77 is complete". This code could reference the moment the AI created from a 2015 brain scan of Simon Jarrett is successfully copied into a Cortex Chip, which is then implanted in the body of Imogen Reed on a Pilot Seat at Upsilon.

Following his experimental brain scan conducted in PACE Laboratories, Simon Jarrett wakes up sitting in a pilot seat inside Upsilon. He ventures through the complex to find no sign of human life, eventually stumbling upon a room full of defunct robots, one of which activates and breaks down a wall, creating a new path for Simon to follow.

Following the torn path, Simon manages to acquire an Omnitool, allowing him to open new areas throughout the course of the game. After updating its chips, he ventures through the site more to find that the station is completely submerged at the bottom of the ocean. Simon discovers traces of WAU intelligence further in the station before continuing on through the ventilation ducts and into the station control.

He comes across a robot feeding off of energy from a structure gel leak on the control board; Simon disconnects the robot to restore power, effectively disabling it and restoring power to the console.

After booting up the console, he is greeted by a woman's voice directing him to the Communications Center on the upper floors. Simon navigates through the main geothermal plant, only to crash down to the lower area where he encounters the Construct working under the influence of the WAU.

Simon eventually opens a path to the upper floors, where he finds Carl Semken's maimed body, as well a Mockingbird harboring a brain scan of Semken which was implanted by the WAU. The upper floor also contains the entrance to the Communications Center, but the door is locked and requires additional power to open.

At this point, Simon can choose to throw a switch in the room where the robot containing Semken's brain scan is found, quickly, easily and safely rerouting power at the cost of inflicting continuous excruciating pain on the robot. Alternatively he can take the more roundabout option of accessing the computers and unlocking the Flow Control room, rerouting power from there. This option spares Semken's Mockingbird the torture (effectively killing him immediately by shutting down power to the room), but also lets the Construct into the area, putting Simon in mortal danger. Either way, after rerouting power, Simon can access the Communications Center.

Entering the Communications Center, Simon attempts to make contact with other stations, eventually connecting with Lambda. The woman, Catherine Chun, answers and converses with Simon, learning that he was not stationed at PATHOS-II and that he is completely lost.

The Communications Center then abruptly buckles under the pressure of the water outside, causing the room to quickly fill with water. Catherine quickly directs Simon to Lambda before the entire room implodes and floods.

Afterwards, Simon is surprised to find that he is still alive despite not having worn any protective gear from the water. Surviving the flood, Simon quickly recovers and begins the trek to Lambda. 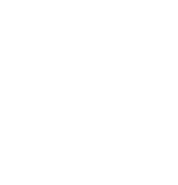 An early logo concept for Upsilon A. 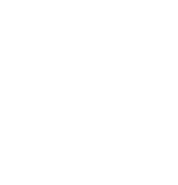 An early logo concept for Upsilon B.

The storage where the Omnitool is acquired.

Ocean floor outside the Comm Center.